Today, the Bronte Dragons faced off against some members of the Peel Police for a good cause: adopting an athlete for the Peel 2017 Special Olympics!

Bronte’s own soccer team faced off against the police soccer team with relentless enthusiasm on the hottest day of the year so far. Playing on the front field with many fellow classmates cheering them on, the Dragons did not disappoint and won the game.

However, the real winner today was the school, as Bronte College raised $500 to adopt our athlete, John Gwynne-Timothy, who is also a soccer player. We wish him all the best in the games!

Special thank yous go to Mr. Chou and Mr. Bronze for coaching the soccer team, even if Mr. Chou was playing on the police side… And thank you to all the students who came to watch! 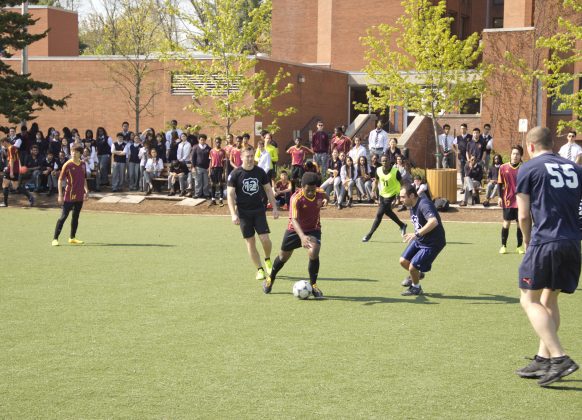 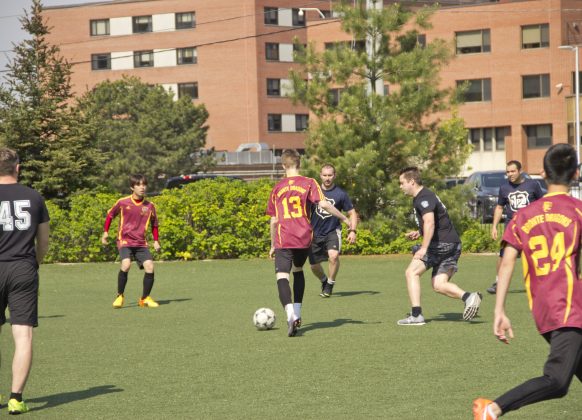 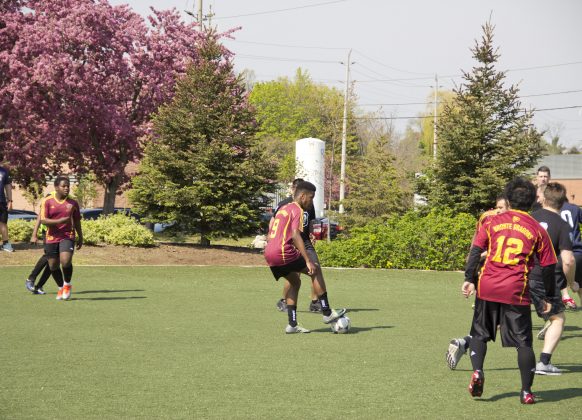