Congratulations Funsho, on your outstanding accomplishment!

Funsho is an accomplished soccer player and has dreamed of playing soccer at the next level for many years. He has played for academy and rep teams worldwide, in Nigeria, England and Canada, where he plays for the Woodbridge Strikers Soccer Club and the Bronte College team. Funsho came to Bronte in his grade 11 year where he competed on the basketball, track and soccer teams. In the 2020 Bronte Dragons Virtual Athletic Ceremony, Funsho won the Jr. Athlete of the Year Award as well as the Most Valuable Player Award for Soccer.

Funsho is known for his determination towards his goals, his positive outlook on life, and his tremendous work ethic with his busy academic and athletic training schedule.  This is a huge accomplishment for Funsho, Bronte College, and our sports program! Click here to read our full interview with Funsho. 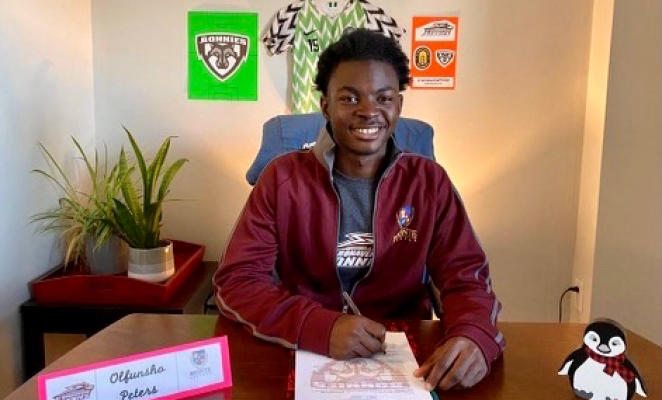 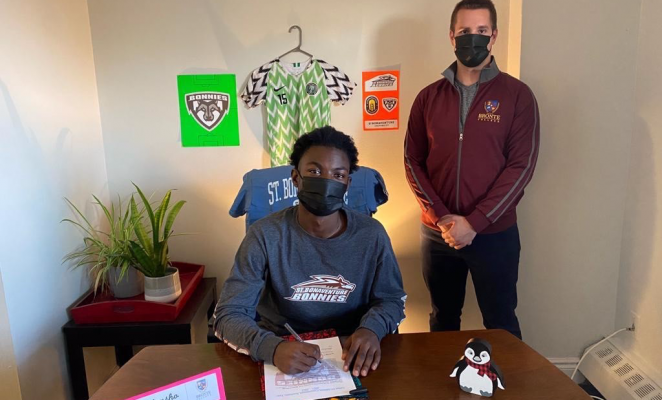