The Bronte Dragons Varsity Soccer Team had a historic winning season this year! Bronte Dragons won the South West Tier 2 Senior Boys division and we had a record high 6 wins with only 1 loss in the entire league season.

The Dragons opened the season with a 1-0 win against last year’s division champions. After a tough loss to TL Kennedy, Bronte went on a 6-game winning streak against the rest of their division including both AA and AAA teams. Therefore, solidifying a place in the ROPSSAA Single A Playoff Championships.

Throughout the season we had the least amount of goals against in our entire division with just 7 due to our strong defensive efforts led by Dapo and Amadou. We were able to control the middle of the field due to Ken and Abdullah’s performance and playmaking abilities. Our attack was strong due to goals by Victor, Hinata, Sultan, Abdullah, Dapo, Henry, Joel and Emil. Our captain, Abdullah Basurrah leads the team with 5 goals and 6 assists overall.

Our Bronte Dragons fought a hard battle against St. Paul in the Final Championship match. Bronte was in the lead 2-1 in the first half and played their hearts out to the very end where the score was 4-3 with goals from Abdullah, Hinata, and Henry. Our Senior Boys Soccer Team were awarded the silver medalist prize and declared best second place team in all of Ontario! Go Dragons!

Congratulations on the most successful soccer season in Bronte College history, led by coaching staff Jordan Frost, Alyssa Cyr and Richard Elder and a special thanks to all our special guest coaches – Leonard, Justin, Dave, Kate and Rab. Go Dragons Go! 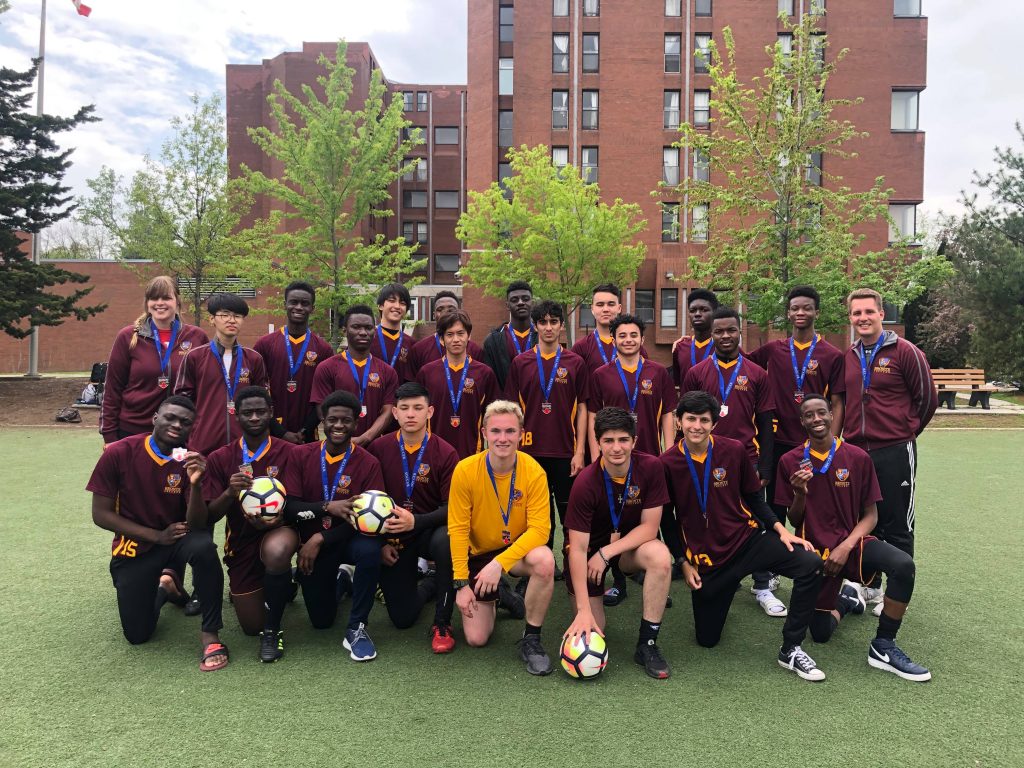